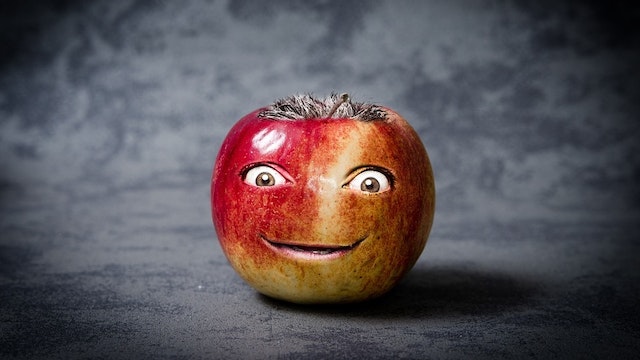 Lesson from a quick condemnation

Story
Did you ever condemn someone before you found out the reasons for doing it? This brief story precisely describes this situation.

One day a dad and his daughter were playing together in a park. The young daughter spotted an apple seller.

She asked her father to buy her an apple. He didn't have a lot of money with him, but that he had was enough to buy two apples. He bought two apples and gave them both to his daughter.

She was holding the apples in both hands. Then her father asked if she shared one apple with him. When she heard it, she quickly bit off one apple.

And before the father could say anything, she had also bit off the second apple.

He was very surprised by her actions. He wondered where he had made a mistake that his daughter was acting in such a greedy way. His mind was lost in his thoughts.

You can say he might be thinking too much, and yet his daughter was too young to understand what is right and what is a gift. The smile faded from his face.

And suddenly ... his daughter with an apple in her outstretched hand said, "It's for you Dad, this will be much more juicy and sweeter."

Her father remained speechless. He felt bad to condemn the actions of the small child so quickly.

However, his smile quickly returned when he found out why his daughter had quickly bit off every apple.

Learn not to rate or condemn anything quickly. Learn to always have enough time to understand things better. Often times you will find that things that are clear to the eye are only seemingly clear and the truth may be somewhere else.